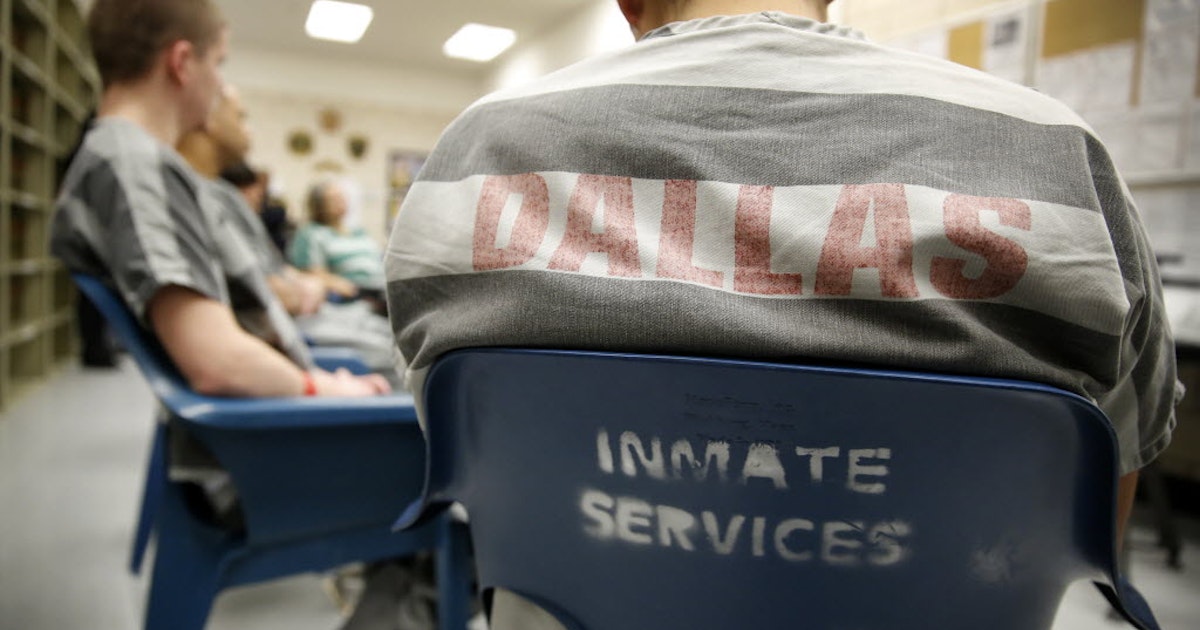 It’s been years in the making, but finally, a plan to help scores of nonviolent, mentally ill people avoid jail and get treatment will take shape in the coming year, Dallas County leaders said Monday.

The changes, to be primarily funded with a $7 million private grant, aims to bring fewer mentally ill people to the jail, release more of them while they await trial and connect them with services once they’re freed so they don’t return.

The goal: to facilitate treatment for mentally ill people who now disproportionately use emergency services such as police, paramedics, the jail and emergency rooms. That would then free up public safety and health workers to focus on other pressing issues, and ultimately cost taxpayers less.

Many cities and counties across America are trying to reform mental health systems because of the high social and financial costs of locking up the mentally ill. The Dallas program is different because it focuses on reducing hospital emergency room visits as well as jail bookings. It will be heavily analyzed to make sure it’s working.

“This is one of the most exciting initiatives of its type in the country,” said John Petrila, a vice president for the Meadows Mental Health Policy Institute, which is overseeing implementation of the three-year Smart Justice grant from the W.W. Caruth Foundation.

Speaking before the Dallas County Criminal Justice Advisory Board on Monday, Petrila said he had high hopes but was staying realistic. “I’m not naive. Seven million dollars is a nice investment, but it’s not going to transform the world.”

How it will work

Dallas police receive an average of 32 calls per day related to a mental patient. Right now, police and paramedics usually bring those people to either the jail or an emergency room. But some need only minor assistance, such as a medication refill or a call to a caseworker, said Ron Stretcher, the county’s criminal justice director.

In the spring, Dallas Fire-Rescue will launch Rapid Integrated Group Healthcare Teams, or RIGHT care teams,  made up of specially trained police officers, paramedics and a mental health clinician. They will respond to crises and seek to de-escalate situations and determine the most appropriate course of action, Stretcher said.

“It’s an amazing opportunity to appropriately intervene in people’s lives at the time when they need it most,” said Dallas Fire-Rescue Assistant Chief Norman Seals.

To help determine the calls those teams should be sent to, a mental health clinician will be stationed at the city’s 911 call dispatch center.

Once at jail, anyone who is arrested will be screened for mental illness. The jail will send those results to judges to consider when setting bond. The county will also start using a risk assessment tool to arrive at an estimated level of danger and flight risk posed by each defendant.

Defendants’ potential release from jail will hinge on mental health and public safety considerations, not just the criminal charges they face and a financial ability to pay bond.

The county is doubling its pretrial staff from five to 10 in January to handle the expected increase in pretrial defendants they need to supervise in the community, Stretcher said.

Grant money will also help pay to expand Assertive Community Treatment teams, which are high-intensity services for the most severely mentally ill. The goal is to increase the slots from 725 to around 2,350. According to research by Meadows, about 6,000 people in Dallas County are “super utilizers” of the jail and emergency rooms, with about 4,000 of them living in poverty.

Law enforcement leaders at the meeting were supportive of the changes.

Sheriff Lupe Valdez said she thought the changes would save the Dallas County Jail money in the long run. One-third of the jail’s 5,200 inmates have mental illness, making it the state’s second largest mental health treatment facility, after the Harris County Jail.

“It’s going to help us run what we’re supposed to run: a jail,” Valdez said. “Not a hospice, not a mental institution, not a hospital. It’d be nice to actually run a jail.”

Coppell police Chief Mac Tristan welcomed the proposed changes, saying North Texas police are frustrated by a lack of options, and the fact that they options often don’t work. Officers can write a mental illness warrant to stabilize someone in crisis in a psychiatric unit, but within a few days or a week, the person is back and drawing more 911 calls, he said.

“This is badly needed,” Tristan said. “The answer we have currently doesn’t work. It’s not serving our communities at all.”

Dallas County Commissioner Elba Garcia said she was gratified that after a long time of researching, planning and organizing, the strategy is being put into place.

“What we’re doing here will definitely make a difference,” Garcia said. “I feel very encouraged that we’re getting to the point where the data will justify the investment.”