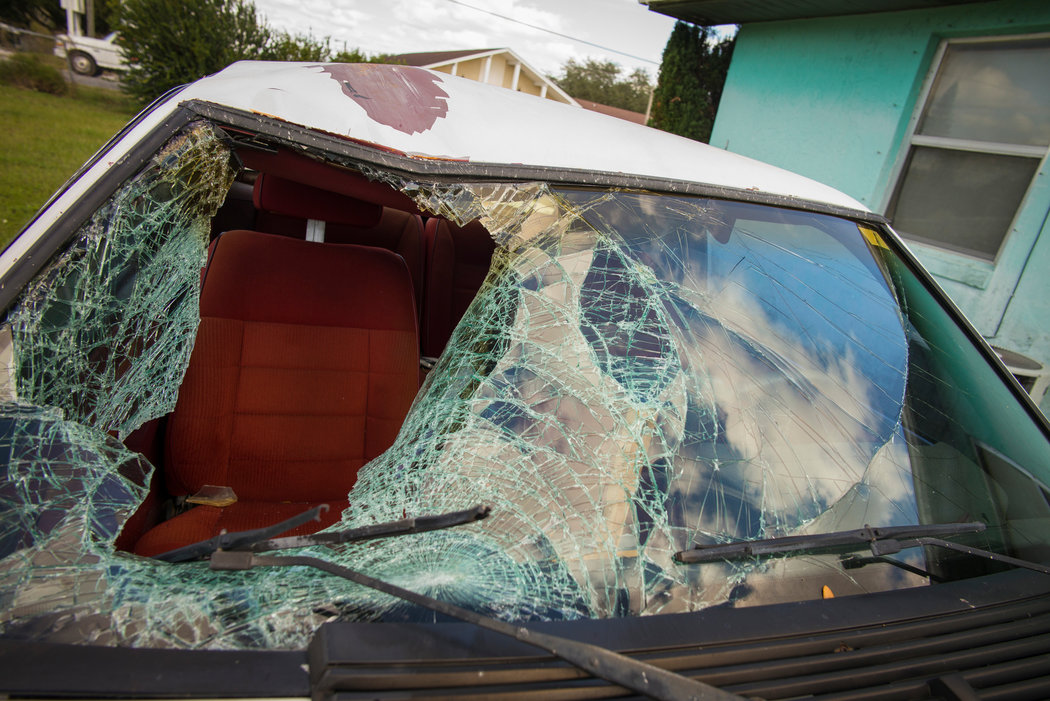 Ryan Hoffman, once a standout lineman for North Carolina who slipped into a life of mental illness and homelessness, left behind many questions for those who knew him.

HAINES CITY, Fla. — About an hour after sunset recently, Ryan Hoffman rode his bike, a hot pink Huffy, into oncoming traffic on an unlit stretch of Highway 17-92 here.

Hoffman, once a standout football player at the University of North Carolina, collided violently with a rusty white Ford Mustang, striking the front bumper and then slamming into the windshield with so much force it sounded like a gunshot. As the car skidded to a stop, Hoffman was hurled down the road.

When his body came to rest on the pavement, his long limbs took up most of the southbound lane.

The driver climbed out of the car. In the glow of the headlights, he walked up to Hoffman and saw that his eyes were open wide and searching. His head was turning left and right, left and right. He made no sounds. The only noise was from chickens roosting in an empty flea market across the street.

Sports of The Times: Ryan Hoffman, a U.N.C. Football Player Two Decades Ago, Is Now HomelessMARCH 5, 2015
Sports of The Times: Homeless Former U.N.C. Player Balks at Efforts to Help HimMARCH 11, 2015
Frank Gifford Had Brain Disease, His Family AnnouncesNOV. 25, 2015
“What was he doing riding up the highway, the wrong way, in the dark?” the driver, 65-year-old Francis Gulzinski, recalled thinking. “It was like he had a suicide pact.”

No one may ever know what Hoffman had been doing there, riding a girls’ bike into traffic on a road with a 50-mile-per-hour speed limit, no streetlights and less than a foot of shoulder.

No one even knew his name until long after he took his final breath. He died in an ambulance on the way to Heart of Florida Regional Medical Center that night.

The police confirmed his identity only after finding a match for his fingerprints. Ryan Christopher Hoffman. Born July 15, 1974. Died Nov. 16, 2015, with nothing to his name but the $13 discovered in a pocket of his khaki shorts.

I visited Ryan Hoffman in January on the streets of Lakeland, Fla., a town about 25 miles southwest of Haines City. A native of Jacksonville, he had been living in Lakeland, homeless, for about eight months, battling mental illness, sleeping in abandoned buildings or empty fields, panhandling — which he called “flying signs” — at street corners and abusing prescription drugs and alcohol. At the urging of his sister, Kira Soto, I had tracked down Hoffman to tell his story.